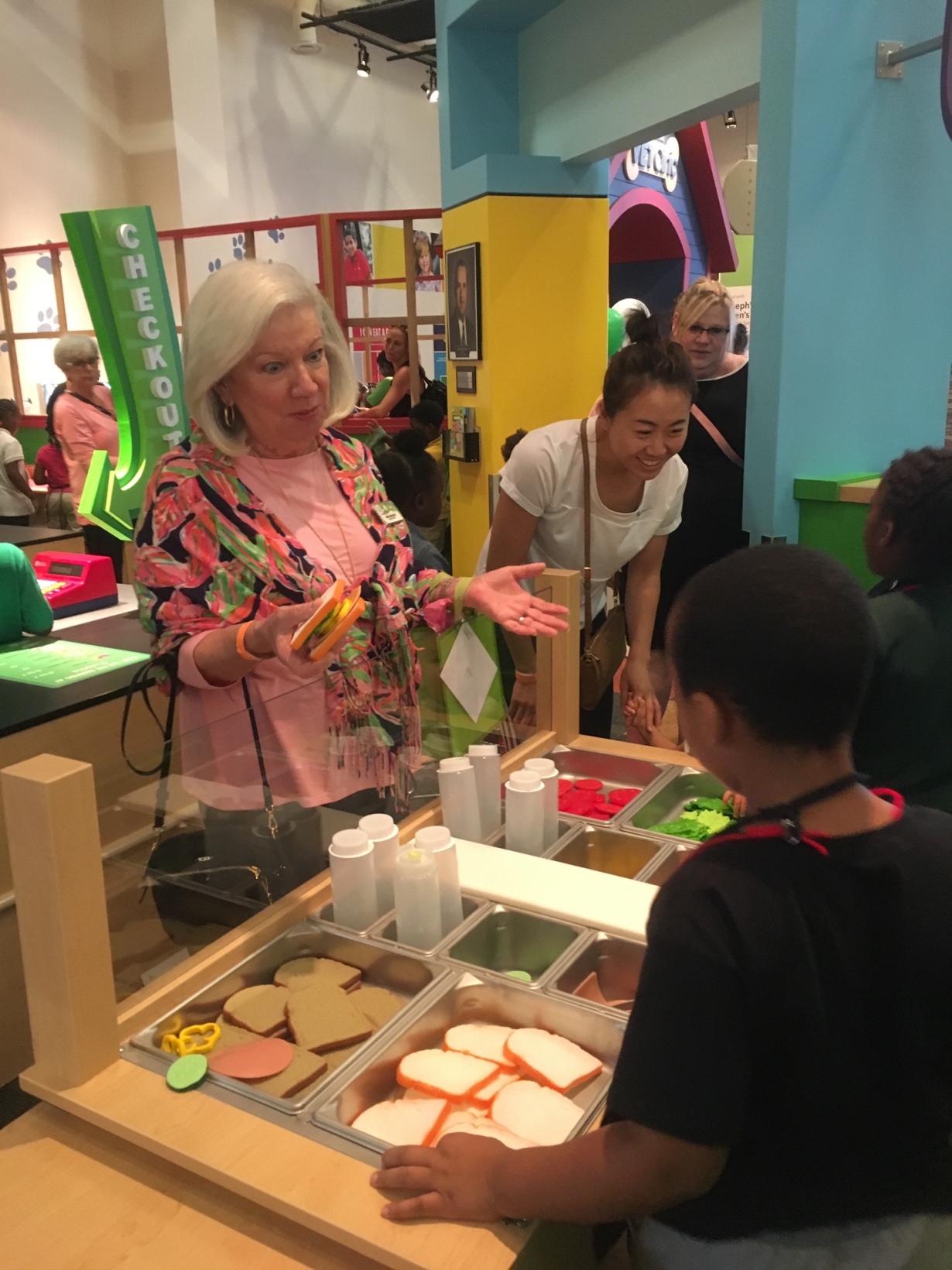 Publix Supermarket – A facelift at the Glazer Children’s Museum

Grocery shopping is a big favorite for kids when they head to a children’s museum.  Fortunately, Publix loves to make that possible for many museums around the country.  When GCM embarked on changing the Publix exhibit, we did so in two phases, allowing us to both make some immediate changes as well as iterate on the final design.  But namely, our largest change actually came from introducing narrative characters into the experience. Those characters, which we brought to life from Publix’s own Aisle Adventures curriculum, were now able to tell stories about fractions, math, portion, and where food comes from. By additionally opening up a wall to a new “farm” the story of farm to fork could be told for a new generation.  On its debut opening in the Spring 2018, Publix shared with me that this project would now be the blueprint for their renewed Museum-based grocery stores all across the nation.